Advanced Horizontal Therapy in Westerly extends the effects of standard electrotherapy by simultaneously stimulating the body’s electrical and chemical healing responses. The PRO ElecDT 2000 is an example as it is one of the most advanced devices in the field of electromedicine today. Through the use of this highly innovative technology, our clinicians are able to apply the internationally patented treatment, Horizontal Therapy (HT), which extends the effects of standard electrotherapy by not only relieving pain, but also promoting healing and recovery from musculoskeletal injuries.

What you can expect in Westerly

The majority of clinics still utilize traditional electrotherapy, but very few have this more advanced HT therapy. The PRO ElecDT 2000 was designed, developed, and manufactured by the German electromedical company, Hako-Med. The company’s founder and inventor of HT, Dr. Achim Hansjürgens, has worked in the electromedical field for over 30 years, influencing the development of the common electrotherapy, Interferential Current Therapy (IFC). Hako-Med provides physical therapists, chiropractors, clinics, and hospitals with HT electrotherapy devices all over the world.

Bioelectric Horizontal Therapy: How does it work and why is it unique?

The human body is made up of cells that constantly undergo electrical and chemical processes in order for the body to function properly as a whole. These processes go hand in hand, propagating or inhibiting each other when necessary. Some examples include energy production, muscular contractions, and the transmission of nerve signals. At a cellular level, electrotherapy is ultimately used to stimulate these electrical and chemical processes to relieve pain or prompt tissue healing.

HT is a revolutionary form of treatment because it results in successful stimulation of these electrical and chemical processes at the applied area, whereas traditional electrotherapies are able to result in only one of these effects at a time. Peripheral nerves transmit sensory information from our limbs and organs to our central nervous system (i.e. spinal cord and brain), allowing us to interpret and understand experiences from the outside world through the phenomenon of sensations. This is how we perceive pain.

The basis for electrotherapy, called the Gate Control Theory, states “pain signals are not free to reach the brain as soon as they are generated at the injured tissues or sites. They need to encounter certain ‘neurological gates’ at the spinal cord level and these gates determine whether the pain signals should reach the brain or not.”

In other words, during HT, the electricity generated and applied at the site of injury overrides the pain signals with “non-pain” signals, thus “closing” the gateway to the brain that would otherwise perceive pain.

PRO ElecDT 2000 differentiates itself from traditional electrotherapy devices in its ability to maintain a constant intensity while simultaneously varying the frequencies of its currents. By varying its alternating, medium-frequency currents, electrical changes occur at the skin and within the body, resulting in the alleviation of pain. In conjunction with the fluctuations of frequency, a constant intensity allows for stimulation at a biochemical level, and thus furthering the healing process.

After one treatment of HT, patients have often likened its effects to an “oil change” due to its promotion of cellular metabolism, tissue repair properties, and blood circulation.

With Hako-Med’s novel electromedical device, our medical professionals at Pacific Coast Sports Medicine give patients top-tier treatment that is not common to most physical therapy, chiropractic, or orthopedic groups. HT is a safe, effective treatment that is preferred over traditional forms of electrotherapy. If you are osteoporotic, have acute or chronic pain, have recently suffered a musculoskeletal injury, or are recovering from surgery, HT may benefit you. 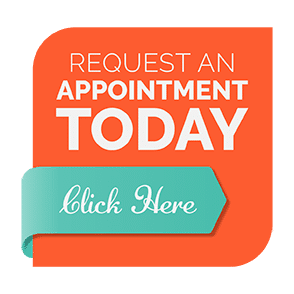